How the 2016 Election impacted your marketing strategy

I wasn’t the only one watching with something like horror as the center of the country blazed red across the screen on Election Night. But was I surprised? Not in the slightest.

Anyone who studies markets and trends—who thinks strategy before output—had to see this coming. Take the emotion out of it. Put aside the fear and anguish. The Trump campaign was built on marketing by a team who understands, above all, how to get his name 200 feet high in gold plate.

Trump skillfully motivated a base of voters (and consumers) that had been under-represented—that in fact many on the more liberal left and right coasts seem to want to forget exist as “Americans like me”—but who were clearly aching for connection and visibility.

And the response has caught the attention of major advertisers and businesses.

Advertisers are re-evaluating whether or not the messaging they’ve been touting for businesses is reaching a massive core audience—an underserved, largely ignored, Middle American audience. According to the Wall Street Journal:

“The election will have spooked the liberal elite away from high concept, ‘make the world a better place’ ” advertising to “a more down-to-earth ‘tell me what you will do for me’ approach,” said Robert Senior, worldwide chief executive of Saatchi & Saatchi, a creative firm owned by Publicis Groupe.

This don’t-sugar-coat-it approach is a stark contrast for many businesses who have built their brands around being luxurious, modern, sexy, mysterious—in other words, appealing to an upper-crust, urban crowd.

In ushering in a Trump presidency, the advertising and business worlds are likely to have a more hesitant Q1 in 2017, as they gather information about how his policies will affect business overall.

“I believe there will be a slowdown” in the first quarter as marketers take a “wait and see” approach to Mr. Trump’s policies, said Maurice Lévy, chief executive officer of Publicis Groupe SA.

Kelly Clark, global CEO of GroupM, now said he anticipates ad spending growth in the U.S. will likely decline a few percentage points over the next six months. “We do believe that investment decisions will be delayed,” said Mr. Clark.

How does this affect a small business crowd? With 2017 right around the corner, you should be putting together your marketing budget and strategizing how to reach your core audience.

Could it be that adopting messaging that appeals to this untapped, no-nonsense audience could boost your bottom line? Based on where you live—even outside Middle America—and the type of business you own, it might be worth a shot.

Also emerging in the wake of this election were several slaps at Facebook.

It’s no secret that Facebook has limited its love for businesses over the years until it’s a fully one-sided, transactional relationship. You pay; they give you the goods. [Insert prostitution metaphor here.]

Recently, however, the social network has come under fire for how it impacted the election, and not just from bitter Bernie fans. The fake news filter issue was a concern, of course, but Zuckerberg’s failure to take responsibility for any impact whatsoever is reprehensible.

The more contentious issue is whether truly fictitious news also played a role in swinging the election in Trump’s favor. Stories that claimed Hillary Clinton was an arms dealer, or that Donald Trump was endorsed by the pope, for example, were complete fabrications. But as Wired notes, people read them. And surely many believed them to be fact….

As Sam Biddle neatly puts it in a piece for The Intercept: “You can blame Facebook outright for Trump’s victory, or not. But at the very least, we should demand from them some accountability for their role in spreading the present toxic sea of deliberate misinformation and non-factual chaos.”

But it goes so much further… For those who have been struggling to earn reach on Facebook over the past few years, whose only real answer has been to pour money into boosting posts—with little measurement for brick-and-mortars as to whether or not those posts drew in more foot traffic—the metrics issue is hugely disheartening.

For those not familiar, the details are covered by Digiday. In short:

Facebook’s error was related to how it measures the organic reach of posts, video completions and time spent on Instant Articles—bugs that were quickly remedied by the platform, which was also quick to point out the errors weren’t billable to marketers. And yet the error came just a few months after Facebook revealed it had been overstating average viewing times for video on its platform.

As a result—long overdue IMO—businesses are questioning whether or not to elevate the social network in their upcoming marketing plans. In a related Digiday piece:

“We were happy to play the game by Facebook’s rules while it also worked for us,” said the editor, who spoke under condition of anonymity. “It’s still hugely important and will continue to be but we’re also looking to develop other distribution models. And it may well be that attention shifts a bit away from Facebook as we look to get more for the resource we put in, elsewhere.”

Update 12/15/16: The New York Times reports that Facebook will be making an effort to limit fake news on its site and to make it clear when it is fake:

Its experiments on curtailing fake news show that Facebook recognizes it has a deepening responsibility for what is on its site. But Facebook also must tread cautiously in making changes, because it is wary of exposing itself to claims of censorship.

Mark Zuckerberg, Facebook’s chief executive, has said he did not believe that the social network had influenced the election result, calling it “a pretty crazy idea.” Yet the intense scrutiny of the company on the issue has caused internal divisions and has pushed Mr. Zuckerberg to say he was trying to find ways to reduce the problem. 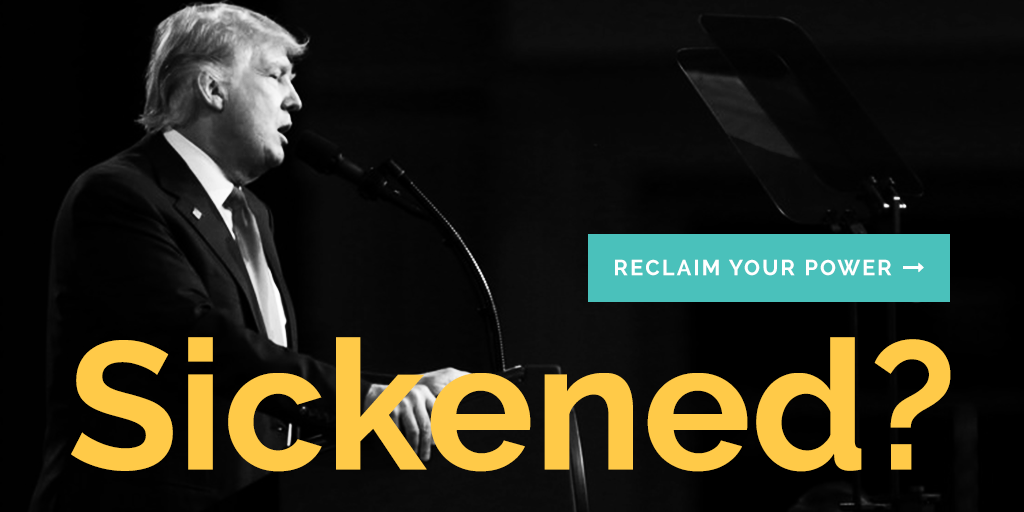 As Bettina Hein, founder and CEO of Pixability, said in a recent Inc. Magazine piece:

Figure out where your customers are when they have their buying hats on.

Now more than ever, with so many different avenues at your disposal, it’s critical to build a strategy to communicate your brand to the specific customers you’re looking to attract.

Understanding and accepting the shifts and trends in American consciousness—not missing the opportunity to learn even from a situation that might frustrate or worry you—can only guide you in that effort.