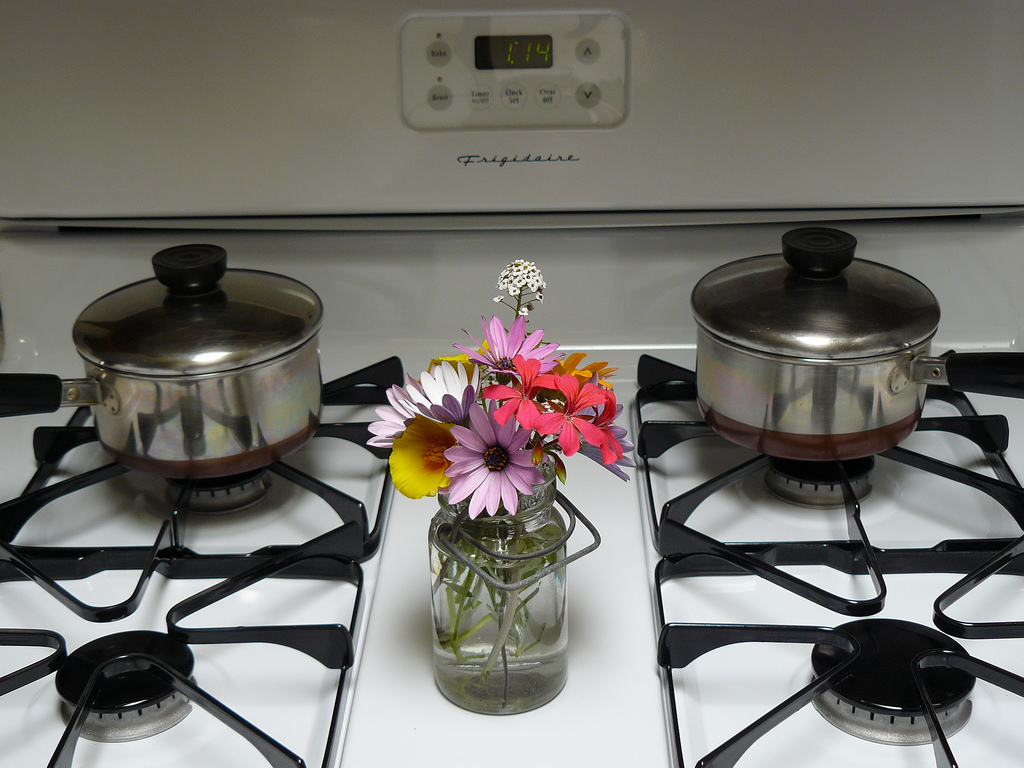 Are You Living with the Funk of Negative Assumptions?

It’s been a trying few days. I’ve been feeling what can only be described as impacted by my environment—people, circumstances, myself. So inertia, negativity, procrastination, short temper… all par for the course right now.

On top of that, there’s been this funk on my stove… more on that in a moment.

Yesterday, I backed away from the computer a little early, shut off the instant-response / über-messaging part of my brain that feels the need to be everything to everyone at the exact moment they request my attention, and picked up an as-yet unread copy of The Fifth Agreement.

If you have any interest in living a life of awareness, I highly recommend the precursor: The Four Agreements. The tiny book can be consumed in about 3 hours, but the simplicity of the message sticks with you long after you’ve read it. The third agreement is:

Don’t make assumptions. Find the courage to ask questions and to express what you really want. Communicate with others as clearly as you can to avoid misunderstandings, sadness and drama.

Do you ever send out something—an assertive response to a challenging email, a proposal that’s a little higher than you usually charge, some creative work that goes outside the box, anything—and then immediately have the thought that it won’t go over well? Sometimes this is intuition, but you probably know yourself and your work pretty well, so that can’t always be the case.

What you’re doing is forming an assumption that something negative is going to come back to you. And guess what? It might. But guess what else? It might not.

Very often, you see someone’s anticipatory assumptions leading them directly down the path they both expected to go and yet wanted wholeheartedly to avoid. All that wasted energy and effort and time… Worst case, they get stuck, never challenging themselves or taking risks or being assertive. An assumption of any kind blocks the flow of energy and possibility—it can even promote anxiety or build erroneous expectations.

Allow people and circumstances to surprise you, allow you to surprise yourself, welcome miracles and messages and amazing-ness. Send yourself, your work, your intentions out into the world without pairing them with negative, often needlessly self-protecting assumptions.

Wouldn’t you rather believe that something positive is going to happen?

Have we become so conditioned to be pragmatic, skeptical, and cynical that we can’t even allow for something positive instead of something negative?

Are we that afraid of being let down or failing?

Have we lost faith in ourselves and in our world to such a degree that the negative assumption has become the conditioned response?

Once a negative thought enters your mind, it breeds other negative thoughts. As a result, you might feel inert, stymied, frustrated, like you’re fighting against the world to accomplish simple goals, get approvals for work, even to communicate. In fact, this comes from you, from the pool you happen to be swimming in—and whether or not you’re peeing in it.

There is some kind of caked food gunk around the gas burners on the stove in my apartment. Since it’s a white solid surface, I thought it would be easy to clean or that it would eventually disappear with time, but nearly 4 months later, it is just as stubbornly stuck and disgusting as ever.

This funk bothered me. Granted, I’m a neat freak, but its presence became a nagging reminder—maybe even a flag calling out to me that I couldn’t afford a place with a brand-new stove. It became a little signal: You’re still not where you want to be financially or success-wise. And once that downward spiral starts… well, you probably know…

I had to force myself to give up on it, to just forget that it was there, to accept that that funk and I were living together in the same apartment and that was just how it was going to be. That it was baked-on, probably never going to come off.

On Monday, two days ago, it occurred to me that perhaps a grainy bleach cleanser and a scouring pad might do the trick. I’d love to report that I sprang up and immediately set to work, but I didn’t. I said to myself that I would try it this weekend. I had depleted the energy, given in to the negative assumption that it probably would never come off. So what’s a little procrastination? Plus, I was so busy. And it was baked on. Baked-on means definitely un-fixable.

Last night, I was cleaning up after dinner, wiping down the stove, and there was the funk. Mocking me. And again I had the thought that I would try my half-hearted attempt at cleaning it this weekend.

Then I had a better thought, a clearer thought: This bothers you. Why are you living with it for even one more day? Why not try what you think will work rather than forming a negative assumption that you’re just putting off the inevitable truth that it never could?

I busted out the rubber gloves, Soft Scrub, and a brand-new scouring pad. Within 20 MINUTES, the stovetop was perfectly clean and sparkling.

I have nothing more to say on this topic.