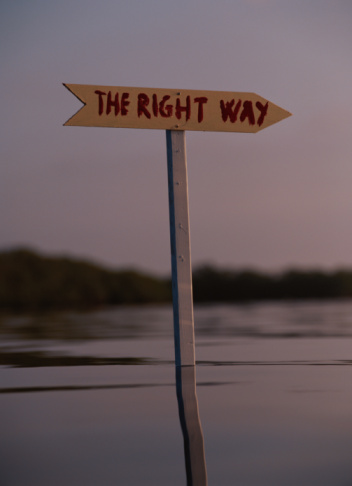 I Quit! Here’s My Straitjacket

One year ago today, I made a rash, careless, wholly selfish decision: I quit my 9-5 job.

I bailed on being diminished and opted instead to focus on this business. In equal measure, it has been both stressful and successful, and every ounce of it has been miraculous. Why? Because it is mine.

My most recent acquisition is an amazing gig—dream client right in our target market with great pay. It is an overwhelmingly positive start to my second year of freedom. While giving my presentation to the committee on Monday, still one among many who was hoping to win the project, I was awarded one of the greatest compliments: “You really seem to love what you do.” My face opened up in a broad grin as I replied, “I really do.”

It was not a sales tactic, nor was it a means to warm the audience. Mulling it over while driving home, I thought, “I’m lucky,” but in actuality, it took me over 10 years to finally allow myself to do what I love doing. 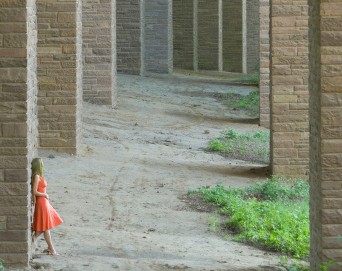 There are roughly 100 reasons why it took until April 16, 2010, to make this decision, but none of them amounts to anything more than: (a) not believing I deserved it or (b) not believing I could do it. Ask those closest to me and they’ll tell you that I still have my moments, and they’re pitiful. But every success validates my decision.

No matter what accomplishments I had made in any job outside this business, they were always tinged with dissatisfaction. The systems and output weren’t truly mine, so I refused attachment with the work. My skills and experience stretched way beyond the bounds of the linear job description. My “superior” was a person who had seen some success and was challenging me with his position: Conform or be conformed. I would accumulate so much frustration at not fitting the customary employee role that I wore it like a straitjacket.

When I walked out on my last full-time job, it was a kill-or-be-killed test of self that I hope I’ll never have to replicate. The lessons I’ve learned from the events leading up to and including it are less about taking risks or fighting the system, and more about what happens when I allow myself to fall into a trap of complacency.

My expectation was that I would go forth and find the mythical “better” full-time job. But while I wanted to feel exhilarated about stripping off that burdensome layer and confronting the future, instead I felt exhausted. I began the unholy process of restarting email job alerts, getting listed with creative temp agencies, and poring over classified ads. At the same time, I was going through the excruciating rigamarole of trying to recover thousands of dollars owed me in back pay.

And all I really wanted to do was run my own business—the one job that never, ever felt like work. But how do people just do that? How would I—a person usually so fixated on doing the reliable, logical thing?

I was pissed off and unemployed—but free!—with a half-completed foundation under this business that was just begging to be solidified. So I started slapping some mortar and bricks together: putting systems in place, assiduously studying the industry and trends, expanding our portfolio with our existing clients, and scrambling like hell to attract new ones.

More than hard work and focus, it was the immediate support and enthusiasm of friends and family that made the possibility a reality. It was my friend Tori who kept repeating, “Why don’t you just do it?” My family who never once questioned if this was the right decision. And my husband who, if I remember correctly, texted back: “Just get out of there” and 20 minutes later, I was gone.

I believe that there are signs all around you pointing in the direction you’re meant to be heading in. Just as there were 100 reasons for not having taken this chance sooner, there are twice as many experiences that put me in the exact right place.

I appreciate the plug in your latest blog post- but in the end- it was all you. Thank you, for being fearless, having the strength to believe in yourself and for being my role model! Happy Anniversary, my dear friend. 816 is an amazing company with all the right values and you deserve to relish in every bit of your success. Congratulations!

I suppose I directly benefited from your being unemployed; it gave me a person to reach out to at random times throughout the day/week/month. You give me unbelievable perspective and remind me of the goal when I’m in my darkest moments. YOU are an inspiration, my friend, and I’m lucky to have you in my corner.

As a famous philosopher said, “You can either live your life with fear or with courage.” No one knows more than I do how difficult this year has been for you, but there has been this underlying positivity in all you did that certainly made me (and all those who care for you) realize that in following this path you are following your heart. My heart grows with pride.

It is a testament to the way in which I was raised that I have the ability, discipline, and perseverance to do what I do. If only I had gotten more patience . . . but I’m working on it. Thank you for being so understanding and supportive, for listening when it matters, and for teaching me that the journey is just as important as the goal itself.

Congratulations Sarah on all your success with 816. You truly deserve it.
I’m so very proud to have such a brave and encouraging friend!

You were there when this all started, my friend. When I sat huddled at that little white desk in a room only lit by Christmas lights, with a six pack of Killian’s Red on the floor next to me, when it was just a snail . . . who would’ve thought . . . ? Thank you for all your encouragement and support!