Many of us hope to represent and build a brand with longevity, purpose, and authenticity. An iconic brand.

And yet what makes a brand iconic is often misunderstood. It’s not marketing dollars or sponsorships, number of products sold or global reach.

The breadth of his experience is a testament to the philosophy of brand as icon. As he described: 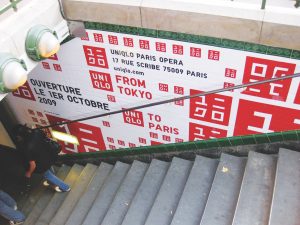 Popular Tokyo fashion brand Uniqlo approached Sato with what some might see as a daunting request: “We want to take our brand international.”

Sato began by crafting an iconic logo from the meaning of specific Japanese characters. Distinctive signage, placards, vehicle wraps, and more appeared across major cities, beginning with the launch of their first international store in SOHO, New York, then spreading to Paris, Moscow, and beyond.

Because “logo” goes beyond the actual physical illustration. It becomes the visual pivot point from which comes the representation of the brand anywhere it appears. It’s the typeface, the color scheme, the placement and arrangement of those visual elements that take a brand beyond “Hey, we’ve got a logo” to “We have a robust visual brand.”

The Uniqlo brand now has over 1000 international locations, all derived from adherence to a core branding concept: 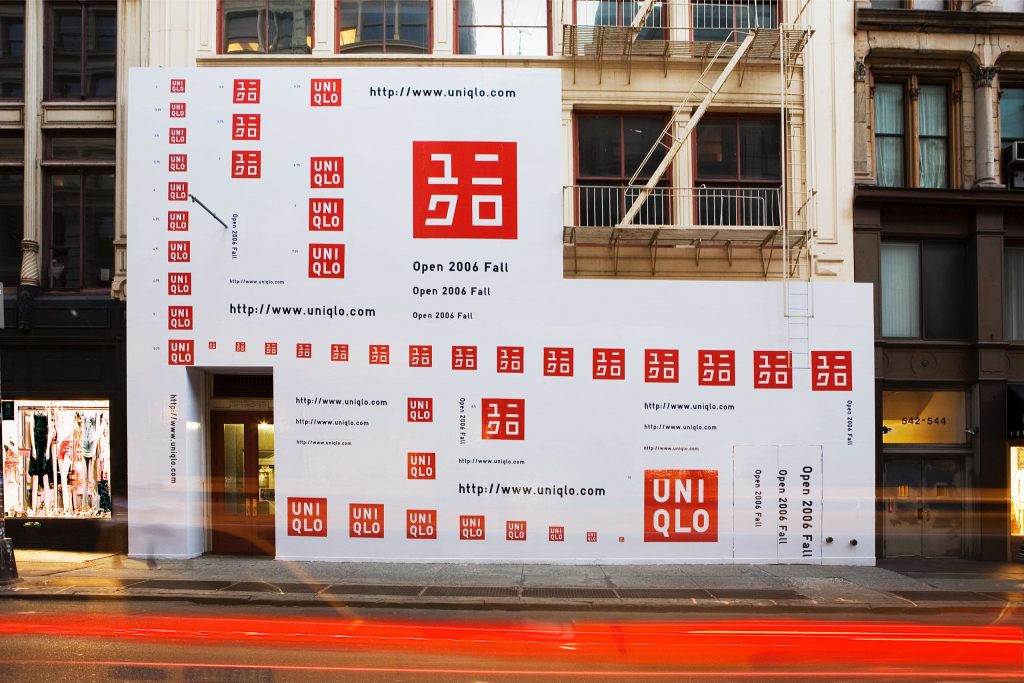 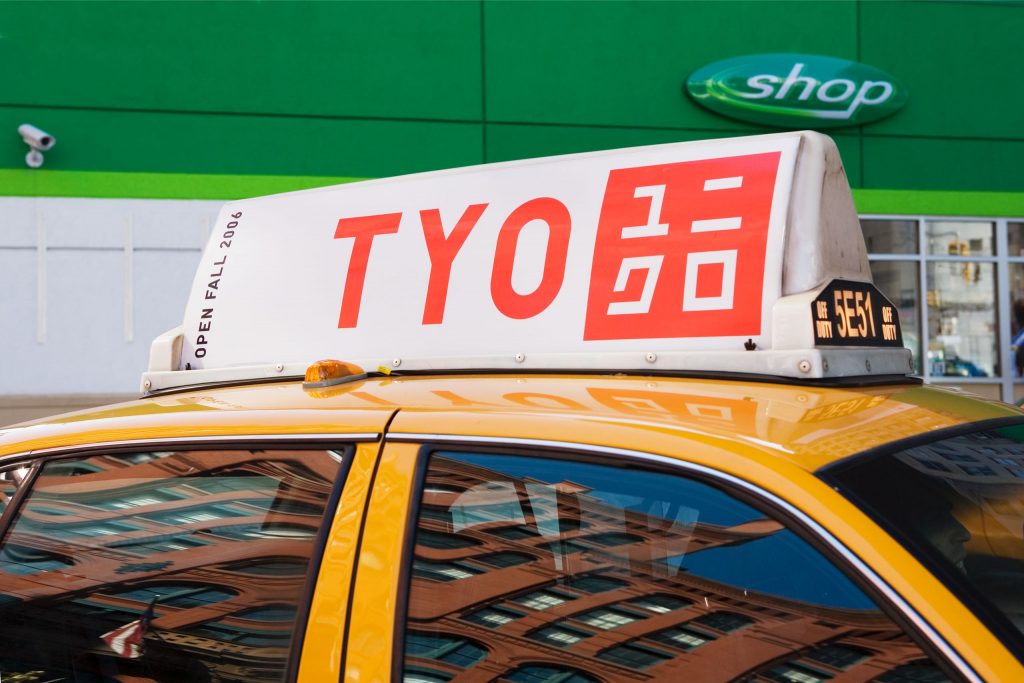 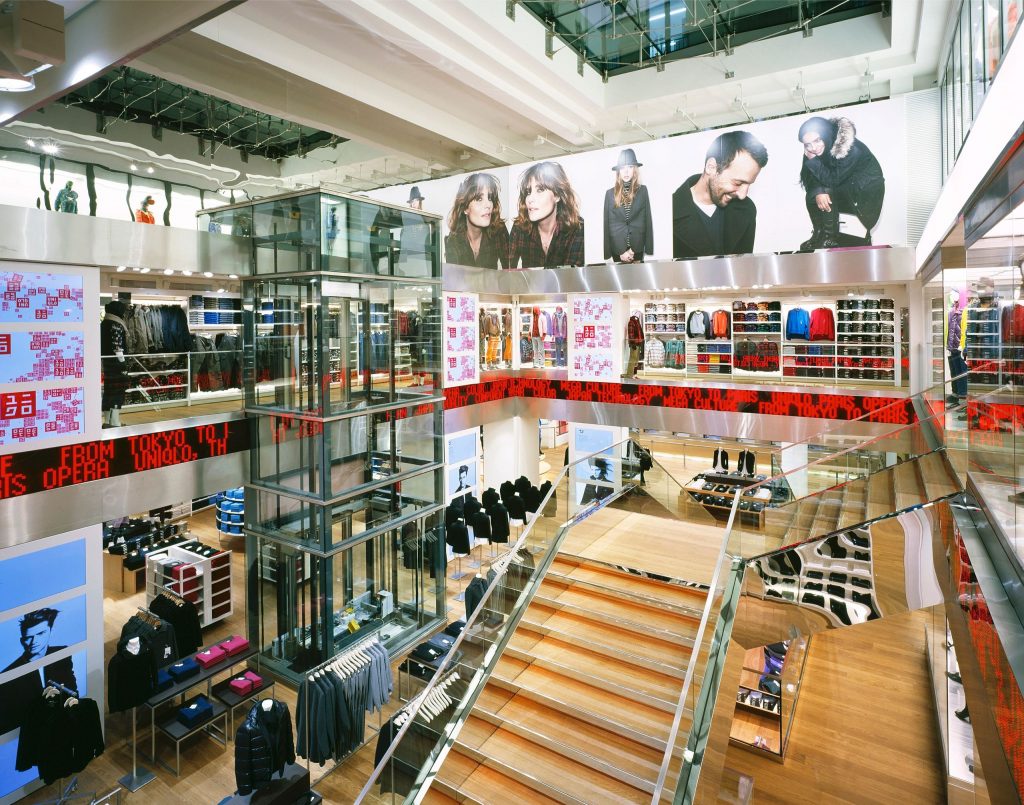 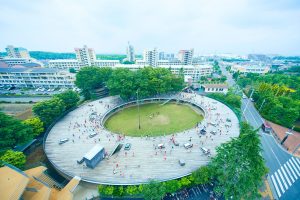 Branding adapts beyond digital representation, color scheme, and message. Branding is the space you inhabit.

For Sato, although he had never tackled a project like it before, space was the driving force for his design of the Fuji Kindergarten.

He attributes his branding success to listening. Sato spent six months attending kindergarten classes at the existing school and others, and noticed that were you to remove the toys and games, one kindergarten classroom became indistinguishable from those at any other grade level.

Based around the concept “Architecture of kindergarten itself is one gigantic playground,” he contrived a building with a large wooden roof where children could learn and play.

He quipped that it was not his intention to ever build “a donut,” but the design suited the project beautifully. From his process emerged something both unique and iconic.

Sato describes his career beginnings humbly—”I was just a graphic designer”—and yet the expanse of his creativity has pushed him to contribute to areas of design and to history itself by creating icons. 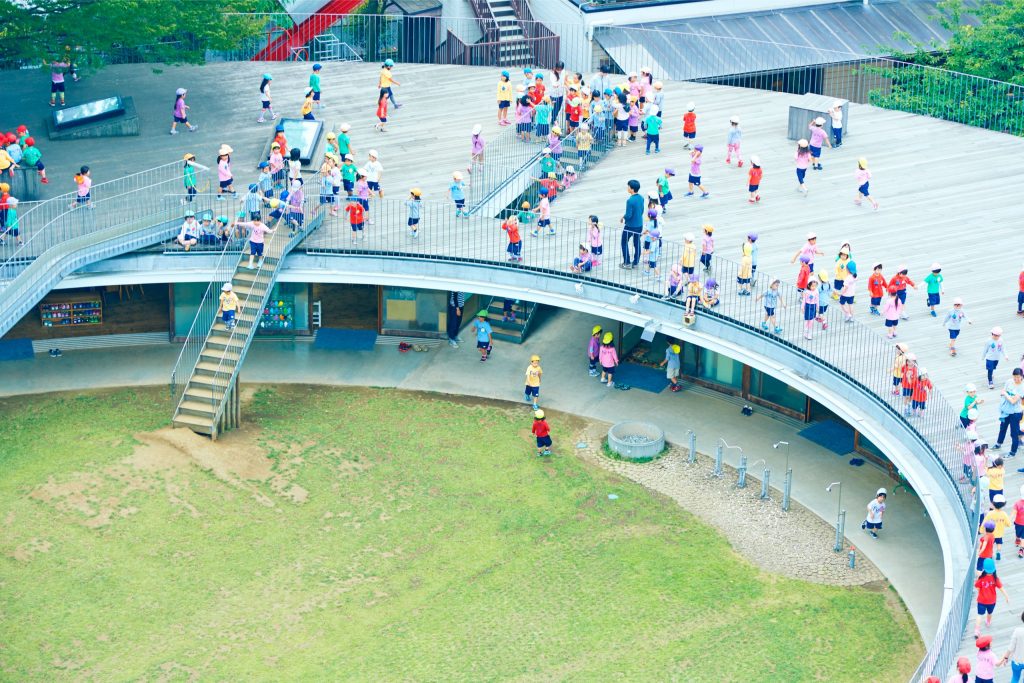 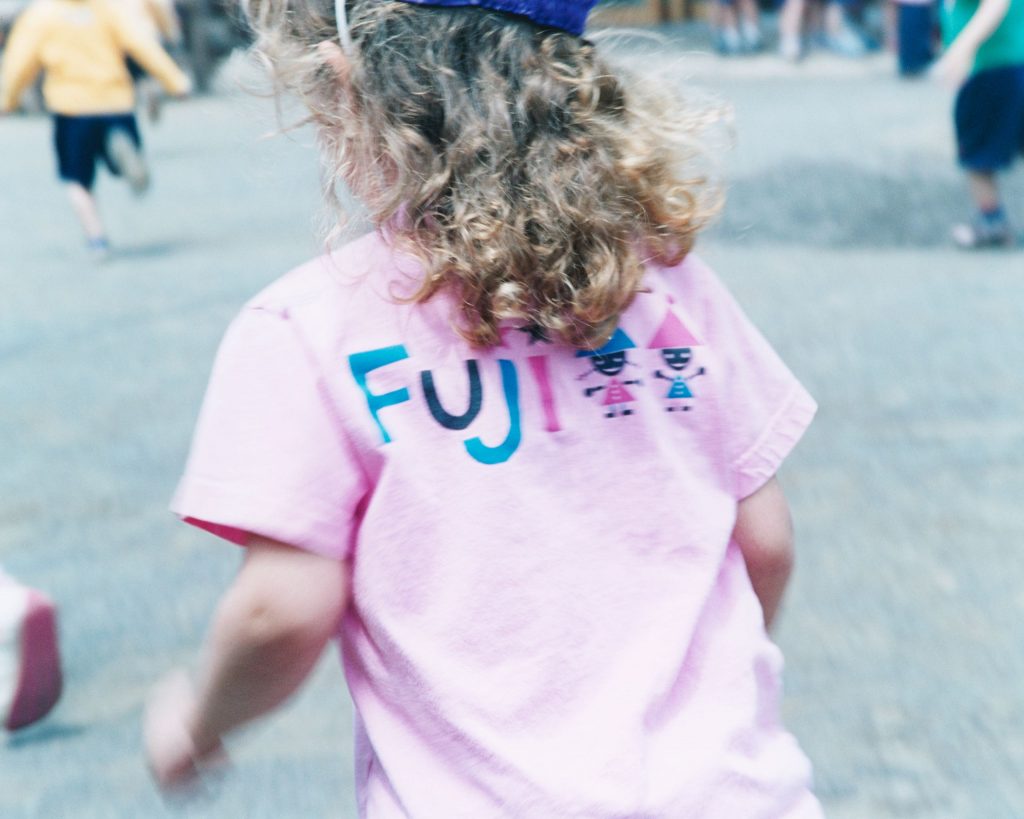 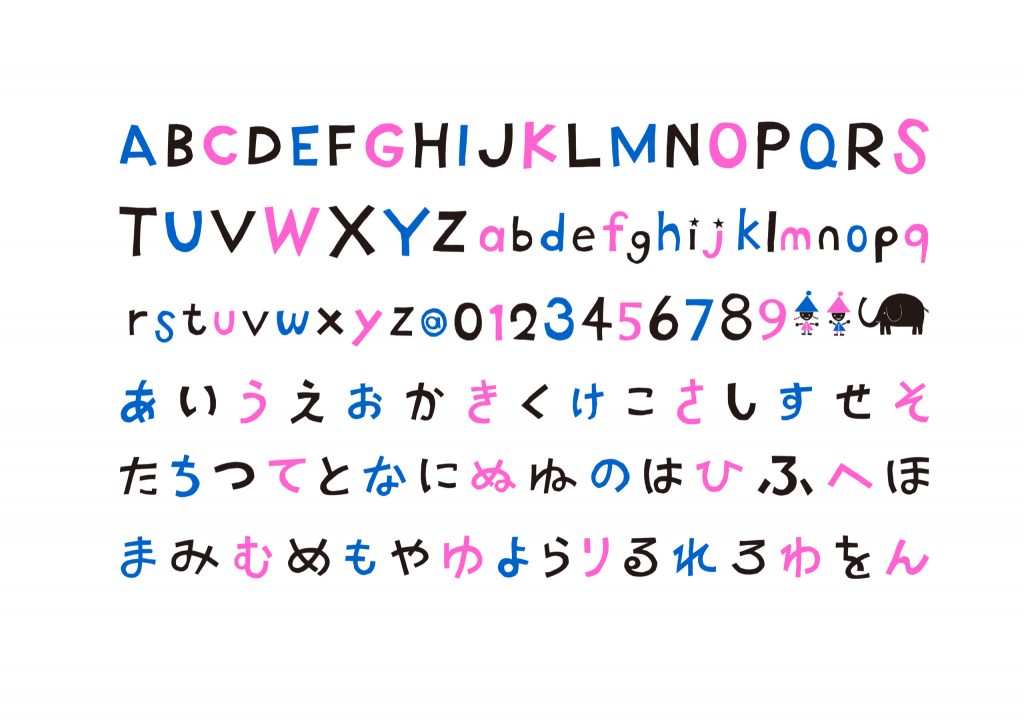 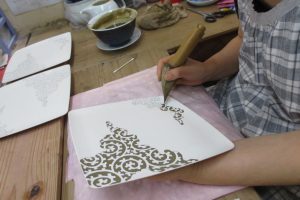 This brush is thick, but the tip is extremely thin. The highly skilled master craftsman shade colors in, adjusting the amount of paint by carefully varying the pressure applied to its brush. (Courtesy JPAP.)

Not so much understood is branding as method—not just the physical or visual embodiment of the brand, but how it was built.

As guest artist for the Arita 400 project, marking the 400th year of the delicate Japanese art of painting on porcelain, Sato was tasked with expressing Arita in a modern way.

His frustration grew as he tested different tools and techniques before finally returning to the one used by Arita artists—a brush that soaks up an immense amount of paint, allowing them to continuously work.

His reinterpretation began with plates, and was so well-received that he then expanded it to mugs, vases, Japanese lunch boxes, and more. 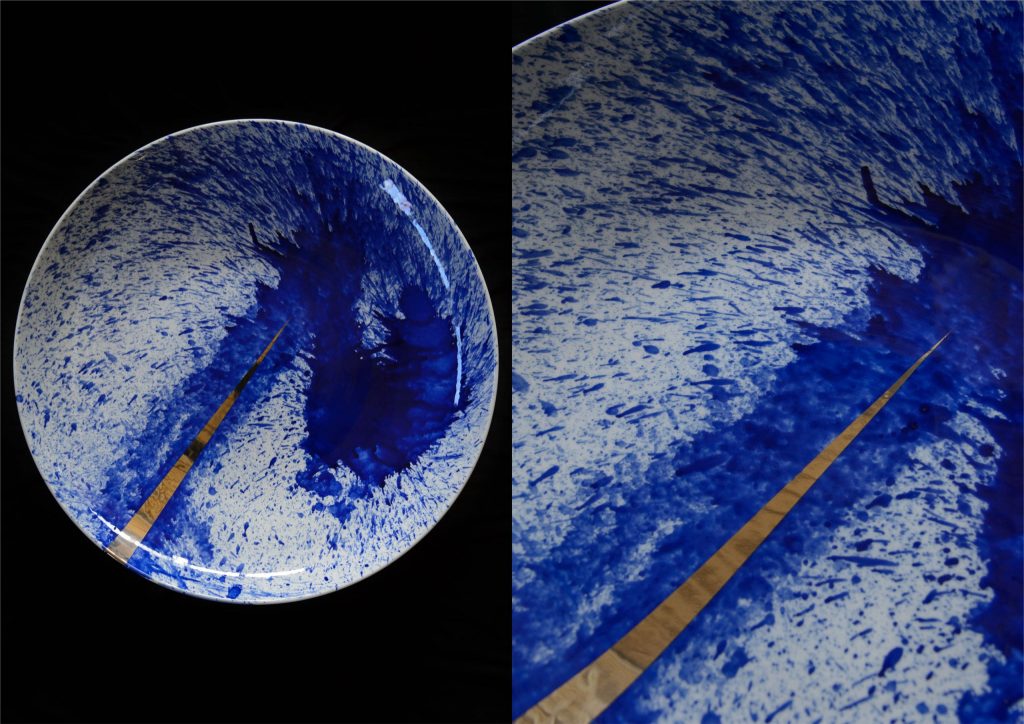 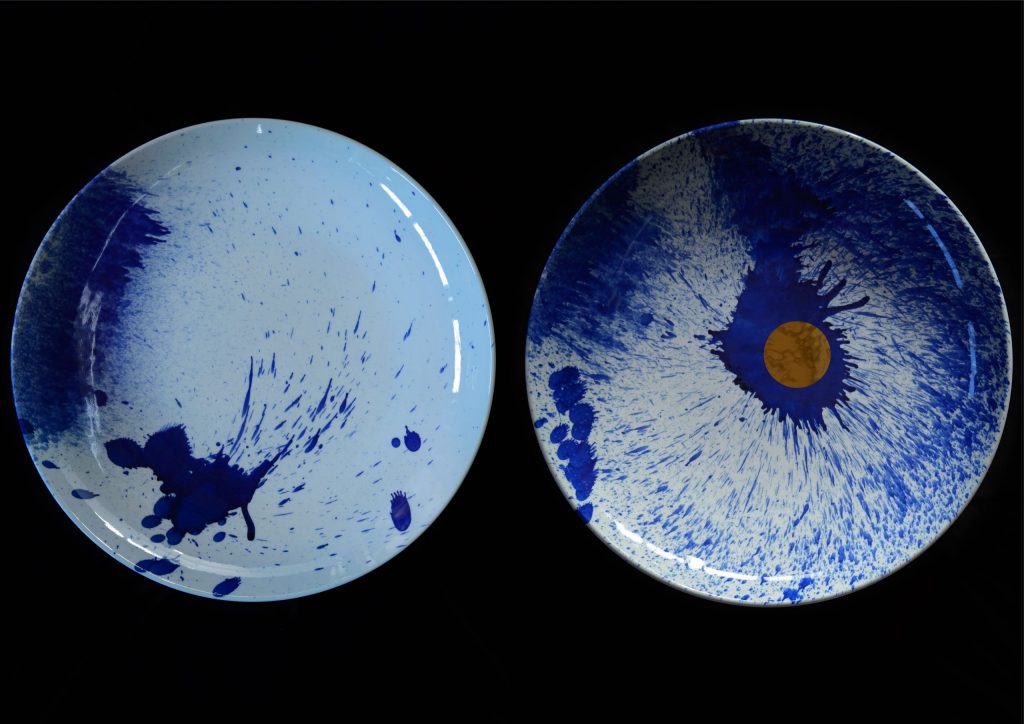 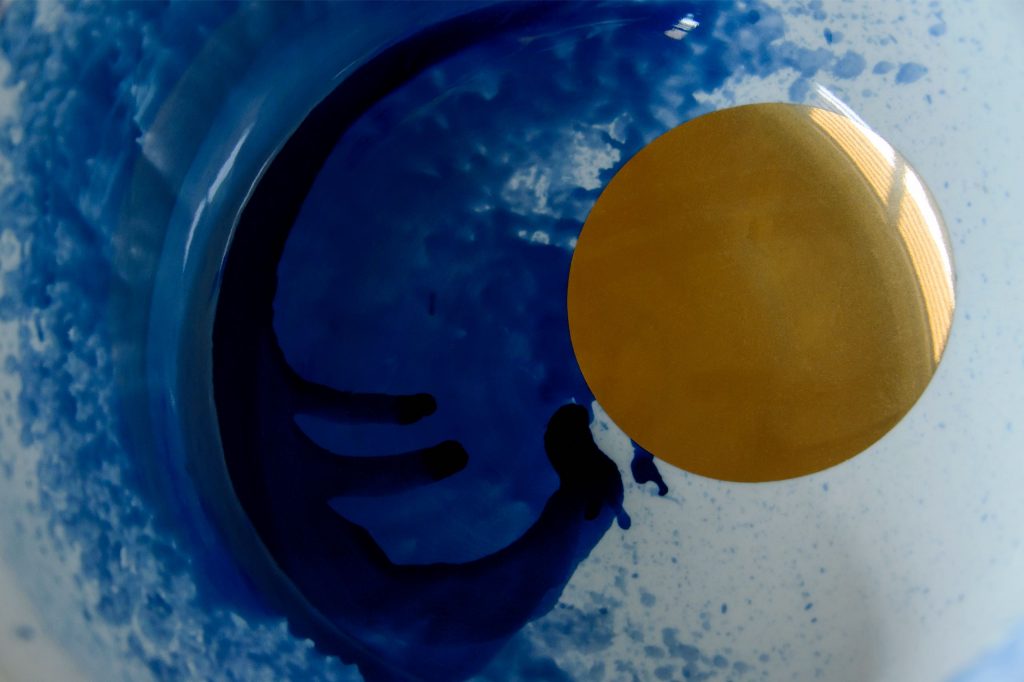 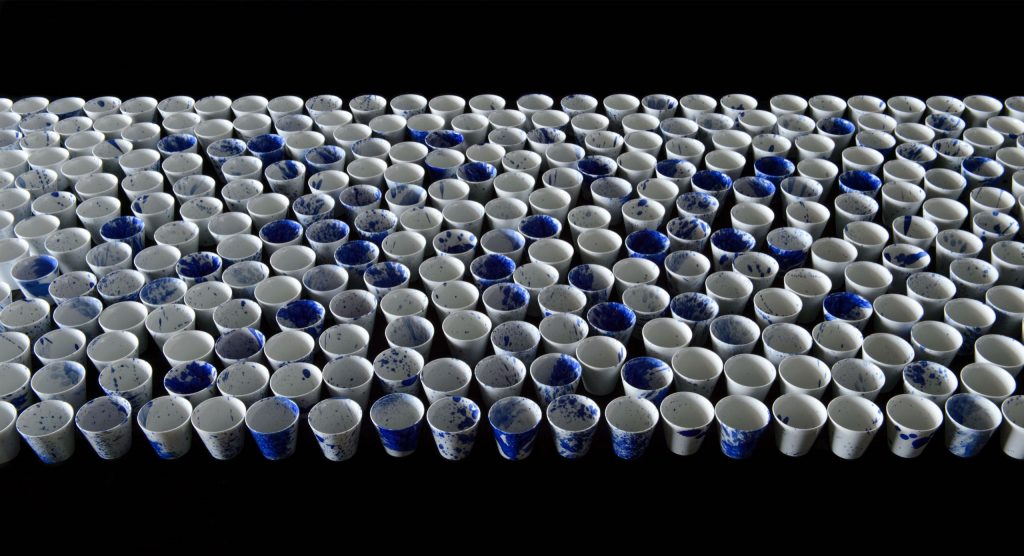 Perhaps the greatest takeaway of the evening for me—what you can only experience if you hear Kashiwa Sato speak—is his refusal to be bound by traditional limits. With great patience and sense of humor, he simply finds a way, sometimes via “happy accidents.”

He spoke of a belief that common sense can be limiting, that you must look at a project for spaces where there are few or no limits, then push in that direction. That space is where iconic brands are created.

Sato’s philosophy of design is a keen reminder that an iconic brand is everywhere. It has no limits. It is built from intention, study, time, and communication.