Risk Is Really State of Mind 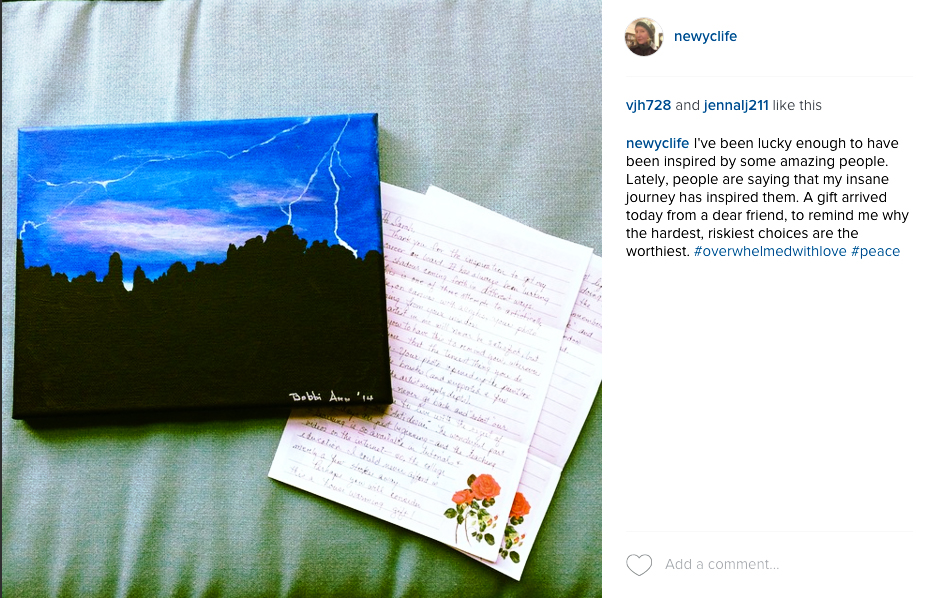 In the past year, I have made the transition from a carefully constructed “normal life” to what many see as a risk-filled journey. It hasn’t been easy—nothing worth it ever is—but it’s been critical to my health and the health of my business. I left my old life largely behind, moved to New York City, and staked my claim on a new adventure—come hell or high water.

This past weekend, I was contacted by a dear friend—a strong, intelligent woman whom I have admired since we first became friends back when I was in college—who acknowledged the courage she sees in the decisions I’ve made. Sometimes I feel undeserving of praise—never feeling for an instant that I’m where I could be, of course, the gnawing dissatisfaction that motivates me while driving me nuts.

Other friends have stood faithfully—or perhaps madly—by me over the past year while I knocked down one Jenga tower and rebuilt a new one, reminding me that the struggle is worth everything, which is hard to keep in mind when life has the potential to keep slamming harder and harder against what you think must be right (but that you’ve probably been ignoring for too long).

Today, I received a painting and handwritten letter from another dear friend, who took a photograph I had posted to Facebook as inspiration to do something she’d longed to do—learn to paint. The photo shows the view out the bedroom of my little NYC apartment, taken at just the right moment as lightning broke over Manhattan. That view is my daily reminder that this was the right decision—the necessary decision—and that it’s all been worth it.

I have been inspired by so many people in my life and count myself lucky to have met them. Some have disappeared over the years, leaving a bittersweet contentment while I balance losing them against the reward of knowing them. Many I’ll never know beyond the words they’ve passed to me through books or films, inspirational vignettes I hold close to me as I move through life.

But to be told that you might inspire someone else… is no small thing. When you sometimes feel like every decision you’ve made could be simply a symptom of some weird attachment to aberrance, it cements the fact that risk makes the man, if you have the luxury of doing it.

And for me, they don’t feel like risks—they feel like necessities. We have just This One Life. So live it, as best and as widely and as true to who you are as you can, without hurting yourself or others. Be. And acknowledge those who let you Be.