3D printing is powerful technology, not just for what it can do but, most importantly, for how it can help rebuild communities and assist those in need.

Watch this incredible video where a boy from South Sudan, who lost both his arms in a bomb blast, uses brand-new 3D-printed arms for the first time.

Here’s another example of 3D printing used for a MUCH less useful purpose: as the suit for the RoboCop remake.

Once the designs were finalized, Whist and his team meticulously modeled the two suits on computers, then “grown” on high-definition 3-D printers. “Three-dimensional design was critical,” says Whist. “It allowed us to make sure that we were getting back exactly what we had envisioned.” [Inside the Making of RoboCop’s 3-D Printed Suit, Co.Design] 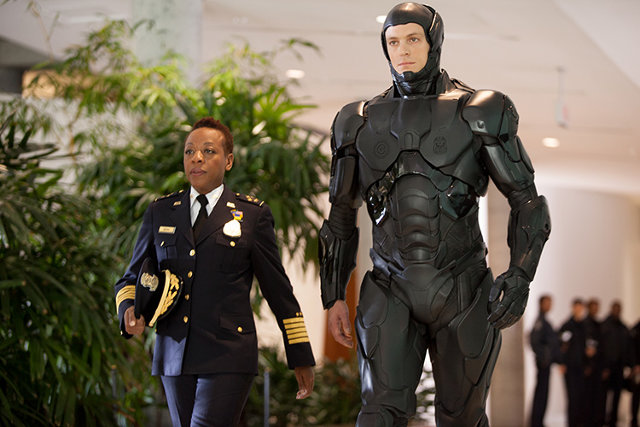 What Does 3D Printing Do?

In short, 3D printing is an entirely revolutionary way to manufacture, and it’s changing the way people develop products.

A 3D printer can “print” in plastic, metal, nylon, and over a hundred other materials. It can  print manufacturing prototypes, products, aircraft engine parts, and human organs using a person’s own cells. Yes, even human organs!

In fact, check out this BBC News story, “Pioneering 3D Printing Reshapes Patient’s Face in Wales,” about a man who has had his face reconstructed after a terrible motorcycle accident—from 3D printed parts!

Imagine having the ability to simply print your own parts to fix a broken washing machine, rather than having to order it from the manufacturer directly. You’ll simply be able to download a graphics file from the company’s website, pull it up on your computer, and print the part! And if you don’t have the printer yourself, you would be able to visit your local copy center to have them do it for you.

How Does 3D Printing Work?

From detailed 2D CAD (Computer-Aided Design) drawings, the 3D printer is instructed on how to fabricate the item. From there, it builds a model or, if the printer is large enough, a full-scale representation of what the 2D drawing represents.

To truly understand it, you have to see it. Check out this video to see a 3D printer in action. It truly is incredible, sci-fi stuff!

You Have to See It in Action: The World’s First 3D Printed Snowboard

Commercial 3D printers have already infiltrated the manufacturing world as companies learn to harness and integrate this technology. Currently, you can buy a reasonably priced personal 3D printer from retailers like Amazon.com and Hammacher Schlemmer. I can’t help but wonder how today’s designs will become more streamlined and sleek as market and demand grow.

What 3D printing means for our manufacturing capabilities in this country and around the world is beyond comprehension at this point. Imagine how this technological advancement will serve war-torn countries like South Sudan or provide resources, tools, and technology to areas of the world currently suffering from lack of access and advancement.